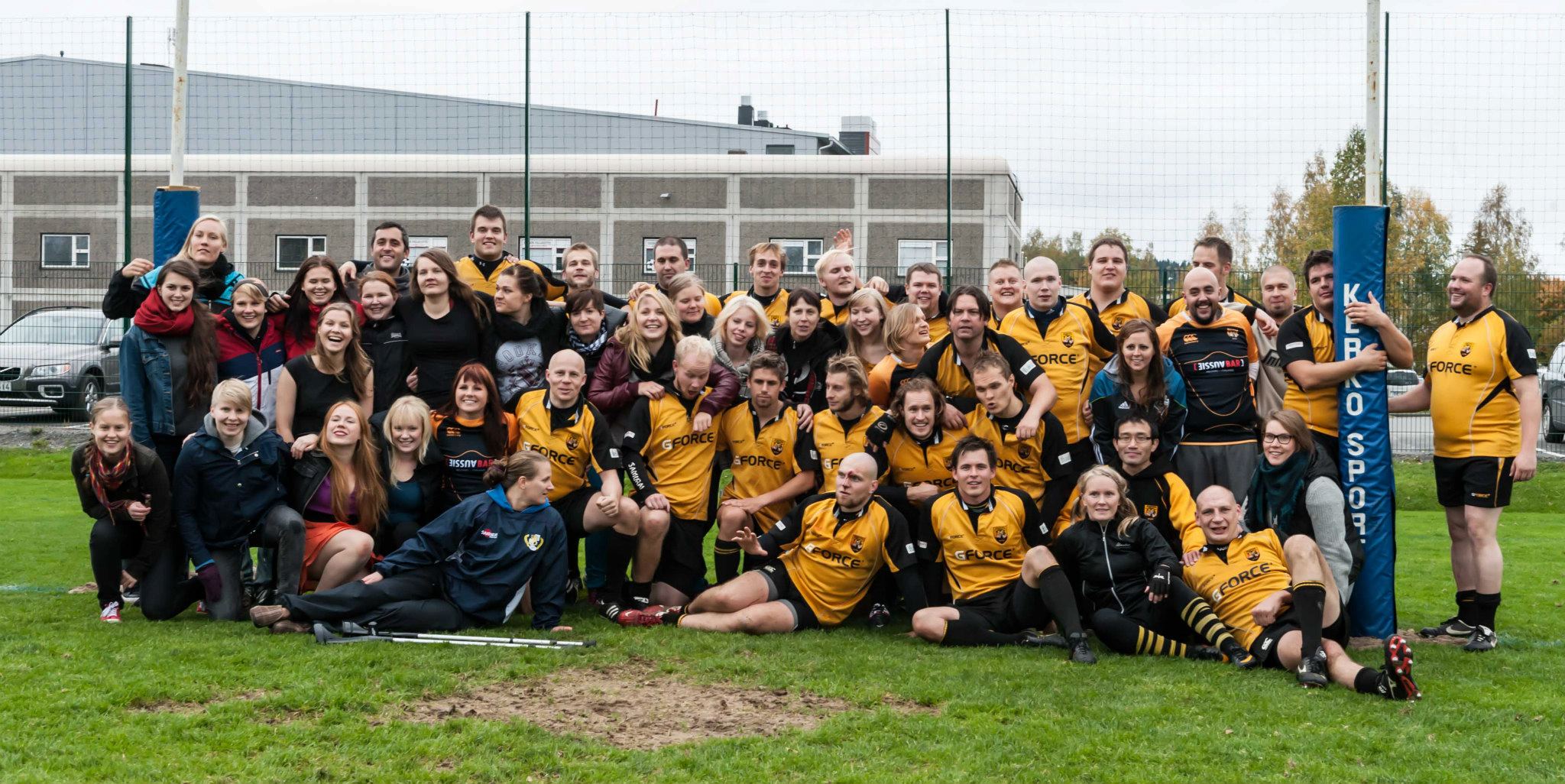 Warriors Rugby Club was started in 2001. We started off when rugby as a sport was still played by only a few individuals in Finland.

During this, we've had players and members from more than 20 different countries. We've also facilitated as an “integrator” of these people to the Finnish society who all share the love and passion for rugby. Our club also works to advance the growth and expansion of rugby in other cities through local clubs as well as the Finnish Rugby Federation to improve the visibility of the sport.

WRC is the most successful rugby club in Finland. After the club’s inception in 2001 and the early development years Warriors' men’s and ladies' teams have been a major force in the Finnish club rugby scene.

When Warriors Rugby Club got started, we had only about 3-5 people and a few balls that we used to pass around in parks. In the first years, we had to call potential players well in advance to confirm their attendance to even be able to participate in matches. Today, we have won Finnish championships and many of the national team players (both men and ladies) are Warriors. The Warriors Ladies was also the first official rugby club in Finland for women.

We’re constantly on the lookout for new members to join us. This has also made us very open to new people, and cultures regardless of ethnic, linguistic or religious background. The club is open to people with all levels of experience in rugby!

Check out our YouTube channel for video footage from throughout the years!